Hey everyone, Mayuri here!
Thanks for stopping by on what I can only describe as the beginning of a very exciting month of celebrations for Winnie & Walter's second birthday! Woohoo! And, it all kicks off with a different birthday challenge set by each member of the DT.
The theme for my challenge is Inlaid Die-Cutting, and I've 'stretched' the use of one of my favourite Winnie and Walter dies to create this card: 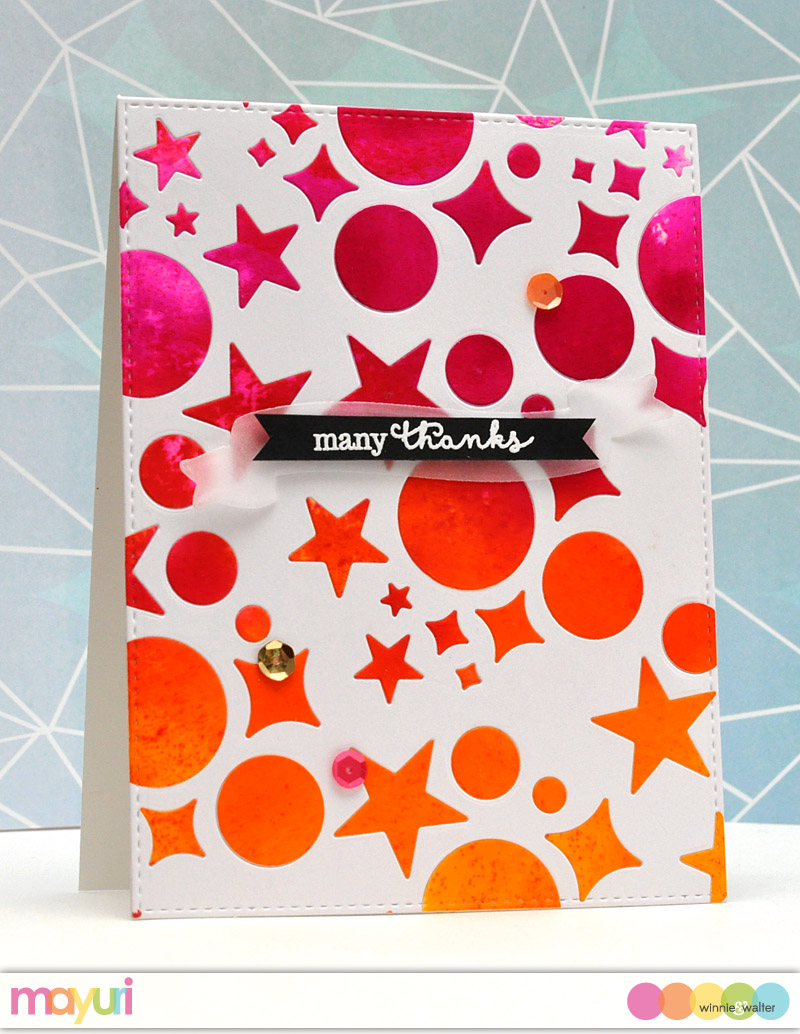 I began by creating a colourful background by misting a couple of Dylusions Ink sprays, blending from an orange to a bright pink and setting aside to dry. I then used the Big Bang Confetti Cutaways to die-cut a seamless pattern out of white cardstock. 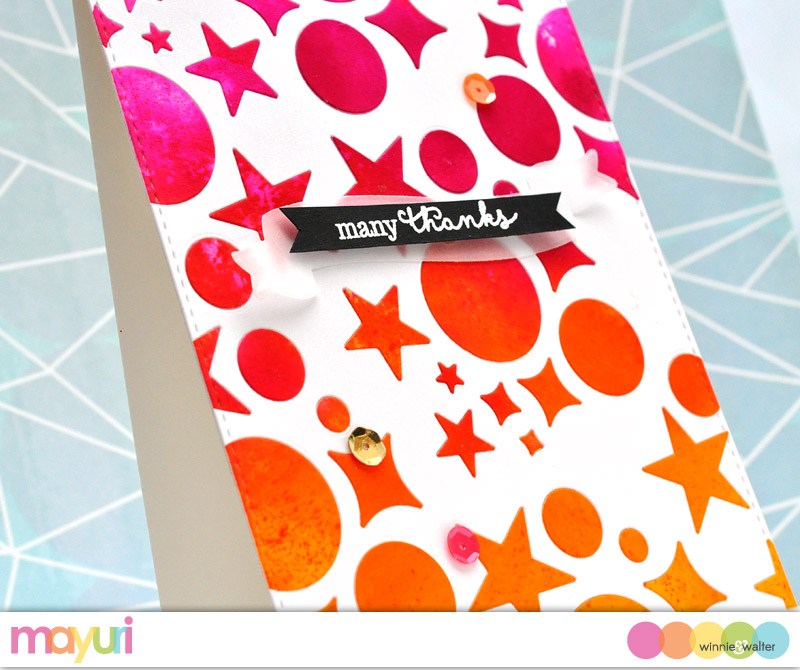 I applied a full sheet of adhesive onto a scrap piece of paper, and then adhered the white, die-cut panel on top, leaving the exposed areas of adhesive for the next step. 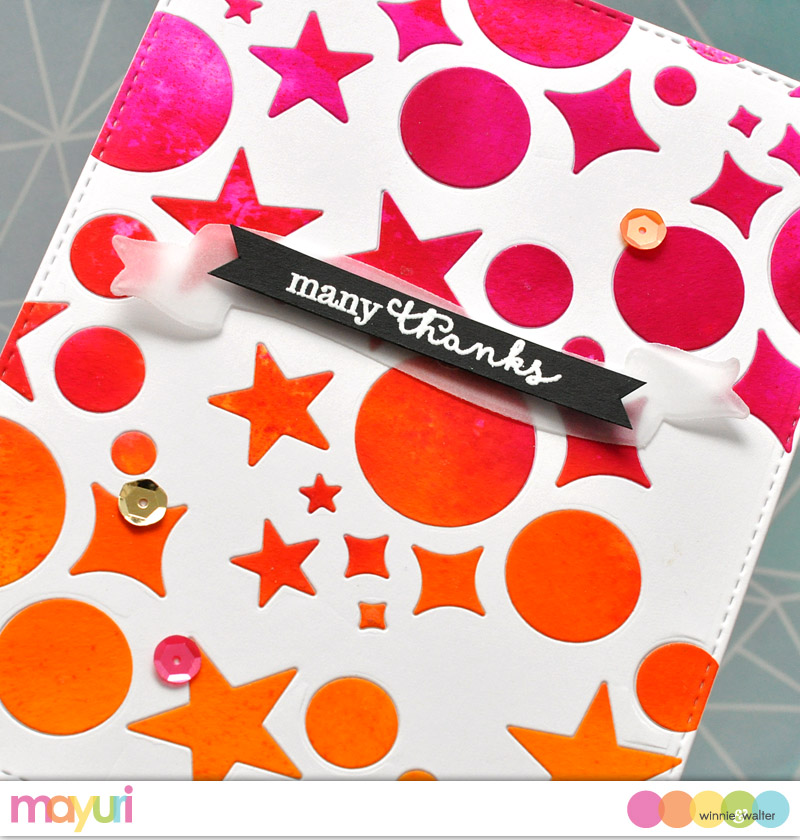 I used the same cutaways to die-cut the same shapes out of my coloured panel, being sure to die-cut in the same place as the white cardstock - this meant I could retain the look of the orange blending into the bright pink. 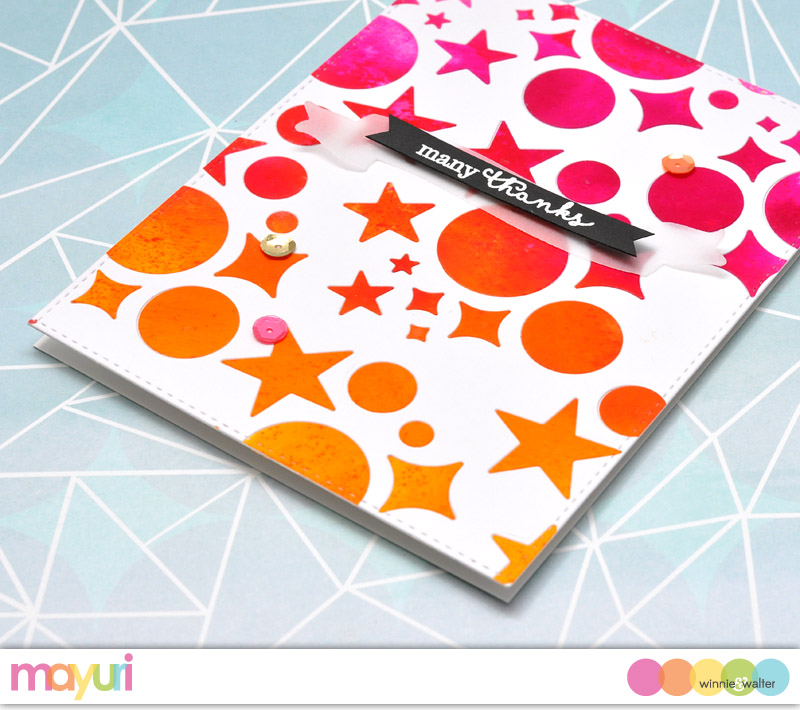 I inlaid all the coordinating pieces back into the white cardstock panel to create an abstract background pattern. I die-cut this piece down to the same size as my card front and adhered it straight down. 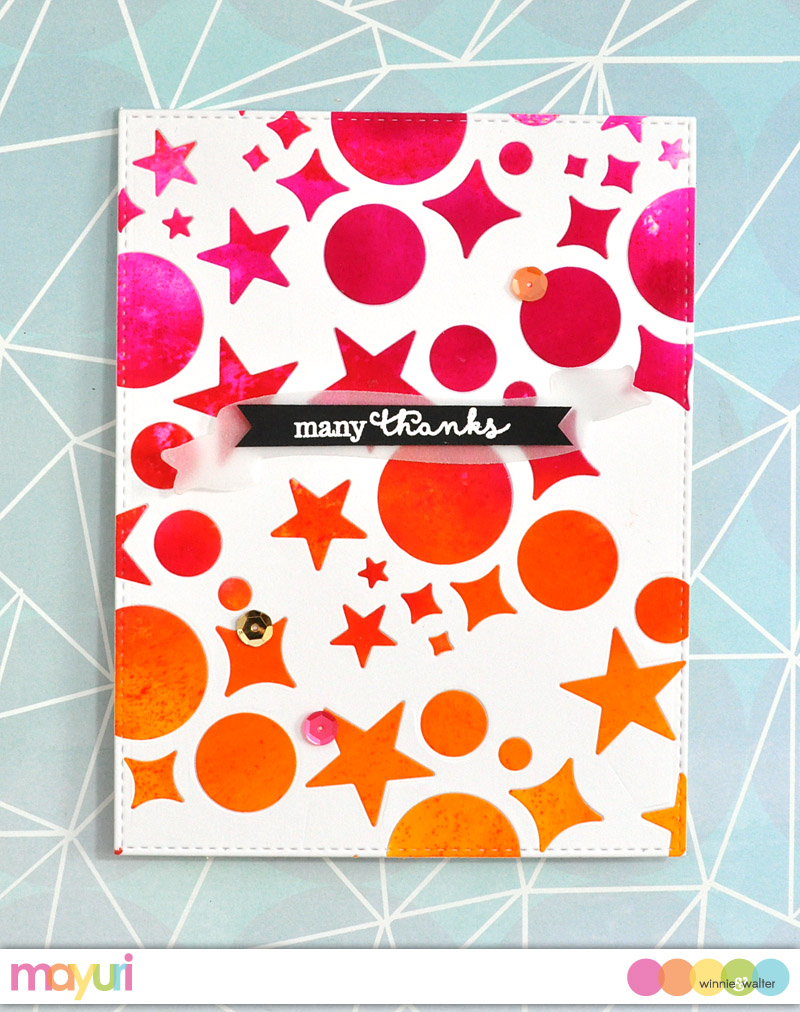 I die-cut a banner piece out of some vellum using the banner die from The Big, the Bold and Extras Cutaways and used glue dots to adhered it to the card front. I then heat embossed a sentiment in white from This Awesome House onto a piece of black cardstock, trimmed it down and foam mounted to the vellum.
I do hope you'll play along with the challenge!
Thanks for stopping by ;-)
>>>GIVEAWAY<<<
Link up your take on this challenge for a chance to win a $75.00 gift card (gift code) to the w&w shop.  One random winner will be chosen.

For more information on how to enter to become our Guest Star for the next release CLICK HERE.  Please remember you need to include GS in the Link Title to be considered for the Guest Star competition.

Your comments make Winnie's and Walter's tails wag in happiness. If you are commenting for a giveaway it is really helpful if you include your email address or that your Blogger or Google account includes a way to email you. :-)